Georges A. Bertrand is photographer, writer and art historian 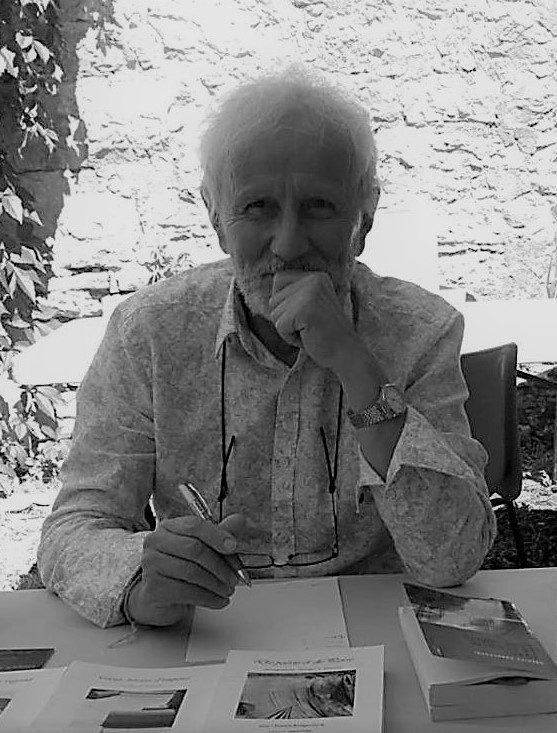 He works on the incessant exchanges between the cultures of Europe and Asia, in both time and space. From now on he will be more particularly interested in the Hindu-Buddhist world, after long study of the aesthetic links uniting the Muslim world to the Christian world.
Photographer, from Morocco to Indonesia, "of the dilution and concretion of time", according to a critic, he prefers two main types of images: architectural detail, the fragment of stone, metal, fabric, photographed in colours, and people, photographed, for their part, in black & white: either portraits, or characters, involuntary heroes of stories imagined by the photographer and, consequently, then by the spectator.

For various aesthetic reasons, he continues to work with film.

His main exhibitions have had the theme of the aesthetic traces of Muslims in France, the portrait of the population living in Gaza and Cairo seen from its roofs. His photos have been presented in numerous Museums, Libraries and Cultural Centres, in France and abroad, mainly in the Maghreb, Near and Middle East.

He published several works as an art historian and a photographer. He authored, among others, an overview of the interculturel exchanges between Muslims and Christians in two separate publications; first from a linguistic point of view in Dictionnaire étymologique des mots français venant de l'arabe, du turc et du persan, éditions de l'Harmattan, Paris, reprinted in 2013, and then an aesthetic pont of view in TRACES, mémoires musulmanes en coeur de France, éditions Chaman, Neuchâtel, reprinted in 2014.

Georges A. Bertrand, following in the steps of Belgian poet and calligrapher Christian Dotremont, to whom he dedicated an wayfaring and artistic biography, enjoys working alongside other artists. This is why his latest work, entitled De poésie et de Perse, and published by Créations éditions in Corrèze, is the fruit of a joint photographic effort in Iran with the Swiss scholar and specialist of Muslim art Patrick Ringgenberg, the work of each artist going along whith that of the other. This booklet follows other works conceived on the same model, and devoted to subjects as different as Gaza, Cameroon and Cambodian dance. A similar project is in the works ofr Madagascar with the collaboration of a young Malagasy author.

His next research will be dedicated to the exchanges between the Hindu-Buddhist and Western Christian arts from the end of the Middle-Ages and the beginning of the Renaissance, an opportunity for new discoveries...